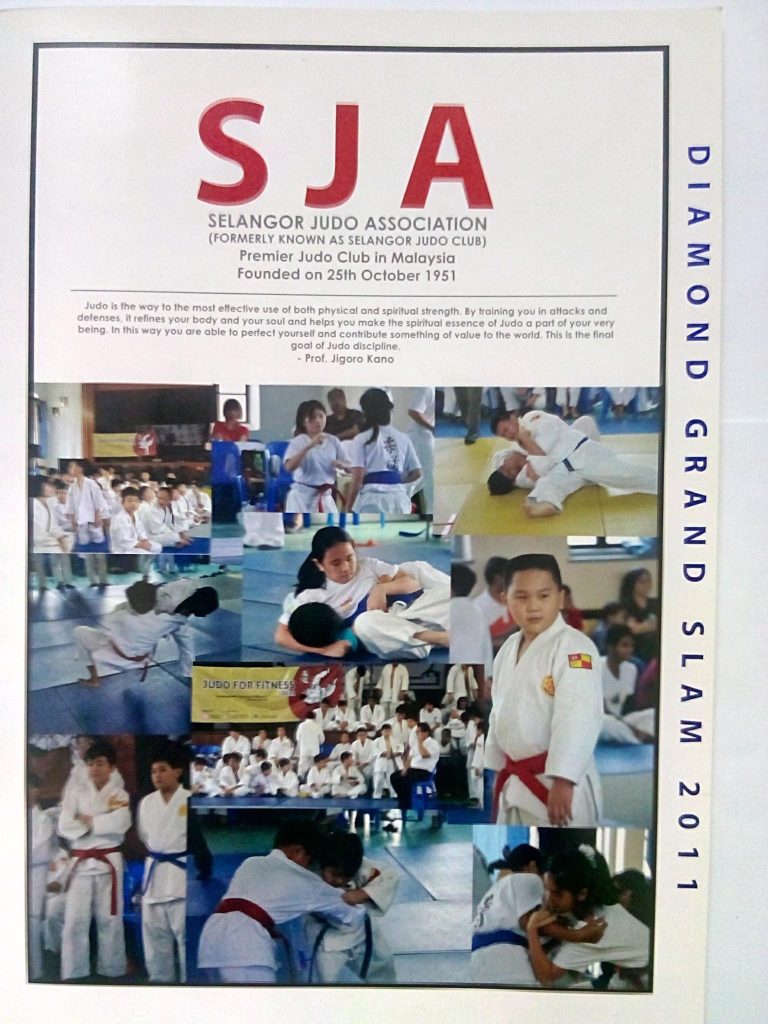 Selangor Judo Club (SJC) – was founded to usher in Judo and to pave the way for its future in Malaysia. Starting from scratch, the Club had, for its instructors, Mr. Khor Ghoon Hoe and Mr. Chew Choo Soot, both well known weight lifters at that time, who, during the Japanese occupation took to wrestling. To improve their wrestling they received Judo instructions from a Japanese officer of the Nishihara Butai who was a 3rd Dan from Kyoto. As the Club was financially sound, it was able to bring in Mr. H. Ichjima from Tokyo, to be chief Instructor. Mr. Ichjima did a magnificent job and by the time he completed his mission, the Club was bestowed with 4 – 1st Dan. Within a short time, Judo Clubs in other states had sprung up, and meanwhile, the International Judo Federation (IJF), was formed to keep pace with the growing popularity of this sport, which was taking on an international character. The IJF was agitating for Judo to be recognised as an event in the Olympics and its efforts paid off, when the International Olympic Council finally welcomed its inclusion.

News that Judo was to make its debut in the Tokyo Olympics in 1964, sent shockwaves throughout the Judo world, with vibrations reaching the odd corner that was Malaysia. Judo Clubs whose main objective originally was merely to provide Judo instructions to their close knit communities, had not envisaged that they had to play a bigger part to keep up with the times. It was imperative for them to close ranks, and for Malaysia to send a team to the Tokyo Olympics, a national controlling body had to be formed. On 13th August 1961, the Selangor Judo Club and the 22nd Commonwealth Brigade Judo Club got together to form the Malaysia Judo Federation (MJF), with Dr. N.S. Chin as President, Mr. Khor Ghoon Hoe as Secretary and Mr. Wong Sik Poi as Treasurer. The three founders, worked perfectly as a team to spearhead the Judo movement.

Today, the SJC is now known as the Selangor Judo Association and continues to remain the Premier Judo Club in Malaysia.

Proudly powered by Cause Effect Digital